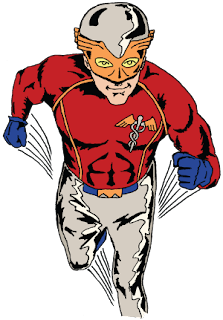 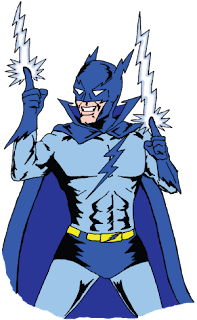 While a university chemistry student, Carl's life changed forever when a flash of mysterious blue lighting blasted through the windows and struck a mixture of chemicals in his hands. The accident left permanent blue marks on his index fingers, along with something else - now, when Carl places them together, he transforms into Blue Lightning, one of the world's most powerful supers! 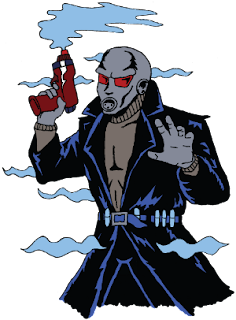 Backstory
Grandson of the teen sidekick of the original Sleeper, a 1940's crimefighter, Ripley was raised on stories of thrilling escapades and daring-do. Inspired by these tales and equipped with a powerful sense of justice and a keen intellect, he reinvented the Sleeper for the 21st century, using his now technologically-advanced equipment to put crime to sleep! 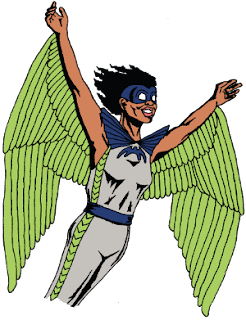 Pro football player Sam King's career ended in disgrace when he was exposed for having taken experimental drugs. Retreating into hiding, Sam and his wife took up a quiet, reclusive life... until Caroline was born. Affected by the strange drug her father had used, Carol displayed remarkable mutations – wings, increased strength and some control over water and mist. Eager to make a difference, she convinced her reluctant father to allow her to fight evil as... the Seahawk!


Captain Mercury, Blue Lightning and the Sleeper used by permission of David Goehner.